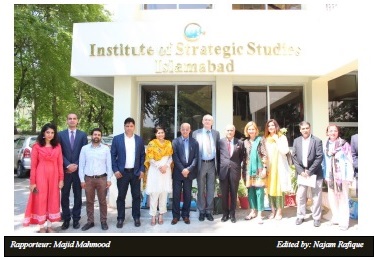 Welcoming the delegation, Ambassador Khalid Mahmood, Chairman BOG ISSI said that the Kashmir dispute has three dimensions to it: political, legal and human rights. He went on to give a brief history of the dispute and said that the resolutions of the United Nations do not lapse with the passage of time. Hence, Indian argument that the resolutions are not valid now is misleading. He said that while the right of self-determination of Kashmiris is the fundamental issue, the human rights abuses and the draconian laws of the Indian security forces must not be ignored by the international community. He said that there are three ways for resolving the Kashmir dispute, one is through war, second through bilateral dialogue, and third through a third party intervention – the latter two have been staunchly refused by India.

Report – Roundtable with “A 6-Member Delegation from CPPCC”