Pakistan has emerged as a responsible nuclear weapon state by developing strong credentials in the fields of nuclear safety, security, stability, and has developed a stringent strategic export control system. Pakistan has not only fulfilled its national obligation of safeguarding its national security objectives vis-à-vis India, but it has been also fulfilling its international obligations, to win the trust of the international community. To strengthen its nuclear credentials further, Pakistan wanted to become an effective part of the international Nuclear Non-Proliferation Regime (NNPR). The international community, including the US, appreciates Pakistan’s nuclear safety and security standards. One of the important aspects of Pakistan’s credentials is its safe-operational experience of handling peaceful nuclear technology for over 40 years. According to its Energy Vision 2050, Pakistan has established an ambitious plan to develop 40,000 MWe through nuclear power. For that purpose it has been seeking international support and cooperation in the field of peaceful nuclear technology to meet its growing energy demands. Like the Indo-US nuclear deal, Pakistan has also been looking for a similar deal with the US. It has also been seeking a non-discriminatory and criteria-based membership of the Nuclear Suppliers Group (NSG), to do a legitimate verifiable peaceful nuclear trade with the advanced nuclear states. With this premise, this research paper is aimed at exploring the questions that why a Pak-US civil nuclear deal is significant for Pakistan? How the US has, so far, responded to the Pakistan’s demand of a nuclear deal? And what are the prospects of a Pak-US civil nuclear deal. 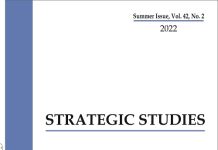