Home Press Releases Seminar on “Role of Education, Science and Technology in National... 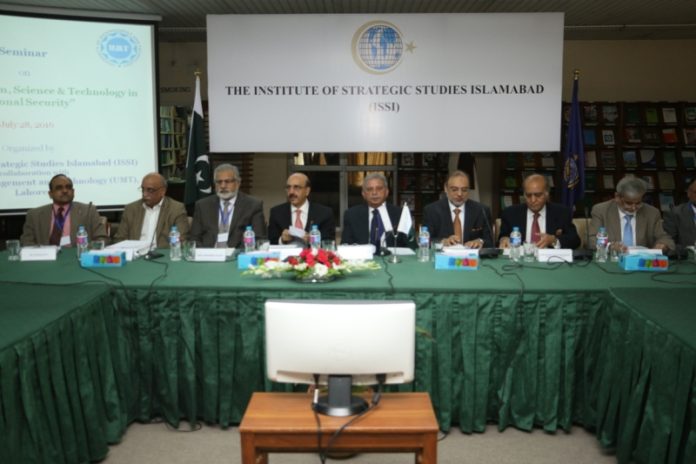 “Role of Education, Science and Technology in National Security”


Pakistan has made impressive strides in Science and Technology, particularly in the feilds of Physics, Chemistry, Medicine, Engineering and Telecommunications.

The Chief Guest Honourable Rana Tanveer Hussain, Minister for Science and Technology said that security is a broad-based concept. It not only covers defense, but also technological innovations as well. He further added that over the past 3 years, the government has increased resources for higher education despite financial constraints. The budget for research has been increased 4 times to around 0.92% since he became the minister and he aims to take it to 1% by 2018, but more needs to be done keeping in mind the budgetary constraints. He said that merit based selection has been made for different departments in the ministry and hopefully these people will bring positive changes. The Prime Minister is also aware of the requirement of research and innovation and focus on development of human capital in the country. He added that media also has a big role in highlighting the scientific achievements being made in the country to increase the awareness among the people. Finally, the Minister said that the different government ministries need to work together with the Ministry of Science and Technology and take advantage of experts from inside the country instead of looking outside.

The Seminar consisted of 2 sessions which included the top scientists, rectors and educationists who emphasised that there have been successes, more needs to be done to advance the role of scientific education in the national security of the country. They highlighted the significance of the role played by science and technology, and reiterated that it is not merely confined to defense related matters. It was stressed that there is a need to organise frequent sessions of academic discourse between the universities and the policy making institutions of the government.

Earlier, Ambassador Masood Khan, Director General ISSI in his welcome remarks stated that Science, Education and Technology have a strong nexus with national security. In the heyday of Muslim Civilisation, Science and Technology was given utmost importance and this formed the basis of renaissance in Europe. Today, the Islamic world is not doing well as they have stopped focussing on education, which in turn has hindered their national security. Pakistan, on the whole, has done well in science and technology, and when it decided to go nuclear in the 60’s it used its own pool of scientists to develop this nuclear capability. He said that steel is a very important component used in defense of the country, but the real steel is manufactured in the universities in the minds of the students. Pakistan faces a challenge to develop contemporary technology to be able to compete with the outside world. He further added that lack of pedagogy is a major priority in Pakistan and it needs focus. Pakistan needs to develop an interface between scientists, businesses and industry, a model that is being followed by all rising powers. Finally, Pakistan should have its own patents and copyrights registered, and it needs to invest in new innovations and technology.

The Chairman Board of Governors ISSI, Ambassador Khalid Mahmood in his concluding remarks said that science and technology is an essential part of national security. National security is a holistic and dynamic concept and high literacy rate can aid the state in achieving comprehensive security, especially through focus on applied and practical sciences. 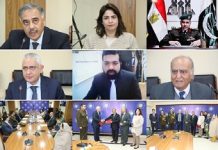 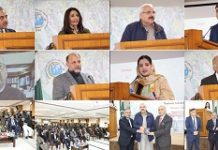