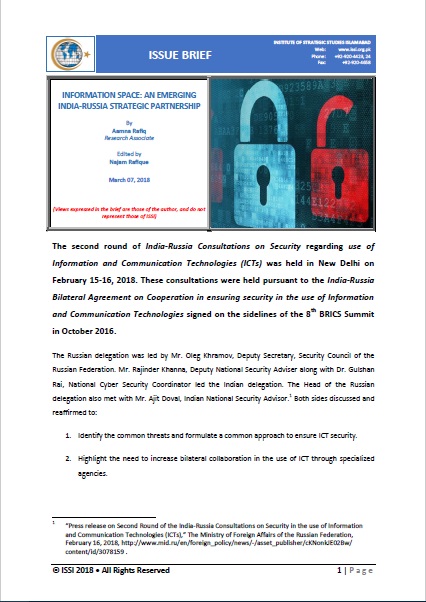 The second round of India-Russia Consultations on Security regarding use of Information and Communication Technologies (ICTs) was held in New Delhi on February 15-16, 2018. These consultations were held pursuant to the India-Russia Bilateral Agreement on Cooperation in ensuring security in the use of Information and Communication Technologies signed on the sidelines of the 8th BRICS Summit in October 2016.

Issue Brief on “Covid-19 and The Progress on SDGS”

Issue Brief on “The Iran-China Deal: A New Strategic Partnership in the Making?”