“Towards prosperity through greater connectivity”, was the slogan under which Iran and India signed the interim agreement for handing over the operational control of the first phase of Chabahar port to India for 18 months. Out of the 15 agreements signed between New Delhi and Tehran in February 2018, 9 agreements focus particularly on the Chabahar port lease agreement.[1]

This deal between the two countries seemed elusive up till now mainly due to the economic embargo being faced by Iran prior to the nuclear agreement of 2015. The leaders of the two countries beamingly oversaw the signing of the agreements, most important one of which is the ‘Lease Contract for the Shahid Beheshti Port-Phase I of Chabahar.’[2] 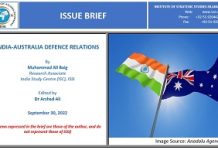