The Coronavirus pandemic has exacerbated the severity of conflict in the African continent where countries are now grappling with multiple challenges, simultaneously. With poor health infrastructure; Africa is already extremely vulnerable to this pandemic and conflicts in many sub-regions like West, North and Central Africa have quadrupled the threat, particularly in the Western part of the African continent where fighting among Islamist groups and national governments continues despite calls for a global ceasefire.[1] Political crises, civil wars, poverty, poor or non-existent healthcare infrastructure characterize the general atmosphere in this region.

The West African region includes Benin, Burkina Faso, Cape Verde, Coted’Ivoire (Ivory Coast), Gambia, Ghana, Guinea, Guinea-Bissau, Liberia, Mali, Mauritania, Niger, Nigeria, Saint Helena, Senegal, Sierra- Leone and Togo. This region has long borne the brunt of terrorist groups attacking military targets and civilians while there are other security challenges that go hand-in-hand with terrorism,[2] including organized crime, internally displaced portions of populations and migrants. Different factions of ethnic groups in Togo and Benin have resource and land management disputes among them while extreme poverty and illiteracy is rampant throughout the sub-region. Terror groups in Burkina Faso and Mali have deteriorated the security situation to an extremely dangerous extent. 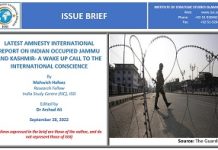 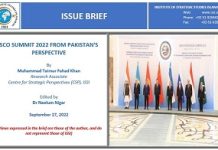