Since the events of 9/11, the US has started to reorient its relationship with India by characterising it as “world’s, largest democracy with shared security interest,” “natural partner,” “nascent great power,” and “indispensable partner”. The US started to support India as one of its strategic partner to pursue US’ foreign policy objectives in the South Asian and the greater Indo-Asia-Pacific region. The growing Indo-US nexus, particularly in the defence cooperation domain, coincided with India’s aspiration to become a major power through military dominance. According to a July 2017 joint report to US Congress by the US Department of State and Department of Defence, “the US and India have concluded more than $15 billion in defence trade, including the transfer from the US to India of C-130J and C-17 transport aircraft, P-8I maritime patrol aircraft, Harpoon missiles, Apache and Chinook helicopters, and M777 light-weight Howitzers. With the support of the US government, the US defence industry has also provided India with proposals for F-16 Block 70 and F/A-18 Super Hornet fighter aircraft.”[1] However, this growing Indo-US defence cooperation trend is increasing arms competition within the regions and threatening regional peace and stability. It is gradually making India an arrogant power, which would reduce the chances of cooperation with its nuclear neighbour, Pakistan and other smaller countries of the region.

Recently, the US Deputy Assistant Secretary of State, Joseph Felter, visited New Delhi to strengthen the Indo-US defence ties by expanding Defence Technology Trade Initiative (DTTI), on September 11, 2017.[2] Felter’s visit was followed by the visit of the Indian Secretary of Defence, Ashok Gupta, to the US on September 13, and Indian Foreign Minister, Sushma Swaraj’s on-going visit to the US from September 17 onwards. One of the main purposes of these official exchanges is to prepare both sides, India and the US, to enhance the prospects of defence cooperation between India and the US during the scheduled visit of the US Defence Secretary, James Mattis’s to India from September 25-26.  Earlier, on September 7, 2017, the US Acting Assistant Secretary of State for the South and Central Asia Affairs, Alice Wells, told a Congressional Subcommittee in a written submission that defence cooperation with India would be an important pillar in their bilateral relationship. The Trump administration has also informed the US Congress that it “strongly supports” the sale of F-18 and F-16 fighter proposals put “forward by Boeing and Lockheed Martin respectively.”[3] The US administration believes that such proposals have the potential to take India-US defence relationship to the next level, as Mattis is expected to push India to purchase the American combat aircrafts during his planned visit to India.

Issue Brief on “US Phoenix Ghost Drones: A Mystery Unlocked” 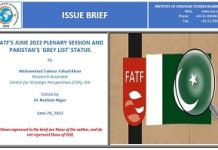 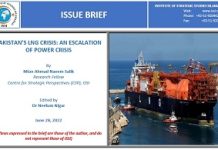