The Democratic People’s Republic of Korea (DPRK) and the Republic of Korea (ROK) resumed political talks on January 9, 2018 and again on January 15 along the heavily fortified demilitarized zone after communications between them were completely broken down in February 2016. The resumption of talks were a major breakthrough after two years of prevailing doubts and threats with the increasing role of the United States, which further deteriorated the situation when the Korean Peninsula came to the brink of a deadly nuclear catastrophe in 2017.

Credit of this breakthrough must go to Kim Jong-un who in his New Year’s message, had expressed his wish to open dialogue with ROK to resolve outstanding disputes between both the countries.[1] The ROK also unreservedly hailed DPRK’s move. In Seoul, the Moon Jae-in administration welcomed Kim’s move: “we have always stated our willingness to talk with North Korea anytime and anywhere if that would help restore inter-Korean relations and lead to peace on the Korean Peninsula.”[2] 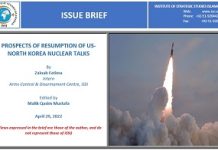 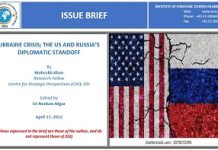 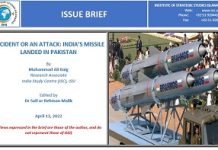