The recent political crises in Zimbabwe led to the ouster of veteran revolutionary leader Robert Mugabe as a result of his move to sideline Emmerson Mnangagwa, his Vice-President and possible successor, and replacing him with his wife Mrs. Grace Mugabe.

The Zimbabwean defense forces are caught in a quagmire where they technically cannot stage a ‘coup’ but practically have done so, by becoming a party to the conflict. In the past decade, Africa has witnessed a number of power transitions riding on the wave of democratic reform or popular uprising. Some have been a success, while others not. However, it is evident from Mr. Mugabe peaceful resignation and a backdoor exit that a deal had been brokered which ensured him a safe passage . What is also evident is that Africa needs to start “putting nations first” and solve their matters under constitutional legality through a peaceful dialogue among themselves. 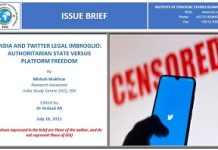 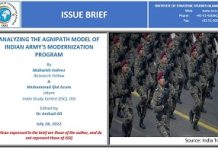