After over three decades of conflict and over 92,000 casualties (32,000 civilians killed and 60,000 injured in the last decade,[1] Afghanistan stands out as one of the biggest regional ironies in South and Central Asia today. With large untapped mineral reserves, fertile agricultural land, and most importantly, a geostrategic location which puts it at the crossroads of South Asia, Central Asia and the Middle East, Afghanistan is at the same time one of the poorest with rising rates of poverty which have left more than half the population living under less than one dollar a day.[2]

Recently in June 2019, during his visit to Pakistan, Afghanistan’s President Ashraf Ghani while addressing a public forum at the Institute of Strategic Studies Islamabad spoke on the need to foster strong bilateral relations between Pakistan and Afghanistan, and said that the old narrative around Afghanistan being a landlocked country is highly outdated as rather Afghanistan is, “a roundabout or a land bridge”.[3] Despite the security situation, strong investment continues to drive competition in Afghanistan particularly in the private sector. In this regard, President Ghani highlighted that a private sector firm was in discussions with Turkmenistan, Afghanistan and Pakistan, about a 1.7 billion dollars investment to try and transmit between one to two thousand megawatts of power from Turkmenistan via Kandahar to Pakistan.[4] Hence, Afghanistan’s potential is not just inflated jargon but rather the very real possibility of Afghanistan utilizing its unique geography, vast natural resource reserves and historical trade routes to not only develop strong trading partnerships and development projects within the region, but also propel its economy in the process. 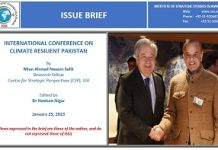 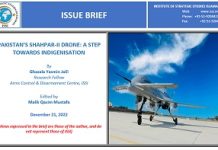