After nearly a year of undertaking the complexities behind one of the world’s most “intractable disputes,” an American peace plan, also known as the Deal of the Century, has been proposed by President Donald Trump in an attempt to resolve the Israeli-Palestinian conflict. Authored by Jared Kushner, son-in-law and Senior Advisor to the President, alongside Jason Greenblatt, long-time confidant and Chief legal officer, David Friedman, the US ambassador to Israel, and Dina Powell, a deputy national security advisor, this plan has been in the works since November of 2017.[1]

Composed of two major components, the economic aspect of the plan, Peace to Prosperity, has been released recently at a workshop hosted in Manama, Bahrain.[2] This particular part of the project will focus on three initiatives that aim to support the foundation of Palestinian society: the economy, the people, and the government.[3] Peace to Prosperity will establish a new framework for the economy with the goal of economic emancipation, to improve the quality of life through healthcare and education by empowering the populace, and by enhancing the governance through the public sector by providing the necessary administrative services for the Palestinian people.[4] 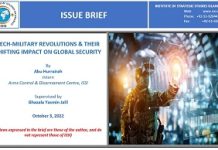 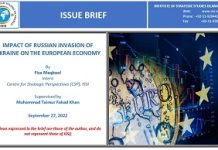 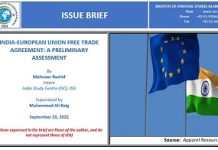