The Middle East and South Asia is a volume of The World Today Series, published and updated annually. This series provides both a short historical as well as an updated look at each country of both the regions. The volume looks into the geographical setting, current government, politics, cultures, economic problems and prospects of each country both the regions contain. This up-to-date series for the year 2015-2016, is effectively supplemented with maps, photographs and comprehensive charts. It contains important discussions of current happenings in the Middle East and South Asia, and their implications for the future, distinct sections on each country including occupied territories such as Palestine, Kashmir as well as covering regional organisations. Russell describes that, today, the Middle East and South Asia are the regions where religions infringe upon politics. Arab and Islamic cultures have traditionally valued human rights but, unfortunately, national governments failed to foster democracy and development. Arab societies suffered from high poverty and unemployment rates. Moreover, economies that adopted free market doctrine proved quite defenceless as the process rose higher worldwide. The Arab Spring endeavoured to bring a cultural shift and emphasised human dignity, women’s rights, freedom, justice and democracy. 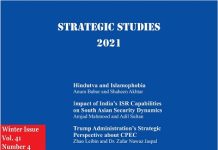